By Amelia Arvesen
As featured on Osprey’s blog.
.

As mining companies descend upon Northwest British Columbia, Indigenous people in Southeast Alaska grow uneasy. Any toxic waste deposited into the transboundary rivers as a result of operations flows downstream to them, impacting their food security and way of life.

After all, water doesn’t stop flowing just because there’s a governmental border.

In response to the mining activities, 15 independent sovereign Tribes formed the Southeast Alaska Indigenous Transboundary Commission (SEITC) in 2014 to advocate for protections over the Canadian headwaters of the Taku, Stikine, and Unuk rivers. These iconic rivers provide clean water, a large supply of wild salmon, and cultural significance.

“These rivers are our basic identity,” says Guy Archibald, executive director of SEITC and an analytical environmental chemist and microbiologist by trade.

Using the funds from The Conservation Alliance’s Confluence Program, they are creating an Indigenous-led framework for co-managing transboundary watersheds—from the saltwater to the headwaters—to protect them for future generations.

“We came to the conclusion that because of the climate emergency, we don’t have a lot of time,” Archibald says. “We have to do this now. We have to exercise the Indigenous right to self determination and manage these landscapes.”

The SEITC is the first group of U.S.-based Tribes to officially seek recognition within Canada, Archibald says. But this role doesn’t come easy. By unifying the Southeast Alaska Tribes, they also must navigate delicate conversations with First Nations and hereditary chiefs across the border.

Throughout the year, they have opportunities to collaborate, such as at the recent Sharing Our Knowledge Conference of Tlingit-Haida-Tsimshian Tribes and Clans in Wrangell, Alaska. It’s a symposium of elders, tradition bearers, fluent speakers of Indigenous languages, and anyone else interested in the Indigenous peoples of Southeast Alaska and their Canadian relatives.

At the event in September, SEITC hosted two important guests from British Columbia: Kirby Muldoe, (Hup Wil Lax A), of Tsimshian and Gitxsan descent from New Hazelton, and Guujaaw (Gidansda Giindajin Haawasti Guujaaw) heredity leader of Haida Gwaii. In their presentations, they emphasized the importance of rebuilding relationships between the headwater First Nations and the downstream Alaska Tribes sharing the Stikine River.

“We’re doing this information sharing so that we both benefit,” Archibald says. “It gives us clarity on how we can move forward together so that there’s equitable benefits for everybody.”

During the conference, the different Tribes met on the very waters they’re trying to protect and took a symbolic trip down the Stikine River in a jet boat. They traveled the pristine glacial waters past seals, ice formations, and mountains while sharing stories, songs, and knowledge. “How devastating it would be if it was affected by mining,” says Christie Jamieson, who is Tlingit and Tahltan, the great granddaughter of Chief Shakes VII, Charles Jones, and assistant executive director at SEITC.

This continued sharing of knowledge is essential to creating a pathway forward to seek specific rights within Canada, especially given that Tlingit-Haida-Tsimshian lands straddle the border. 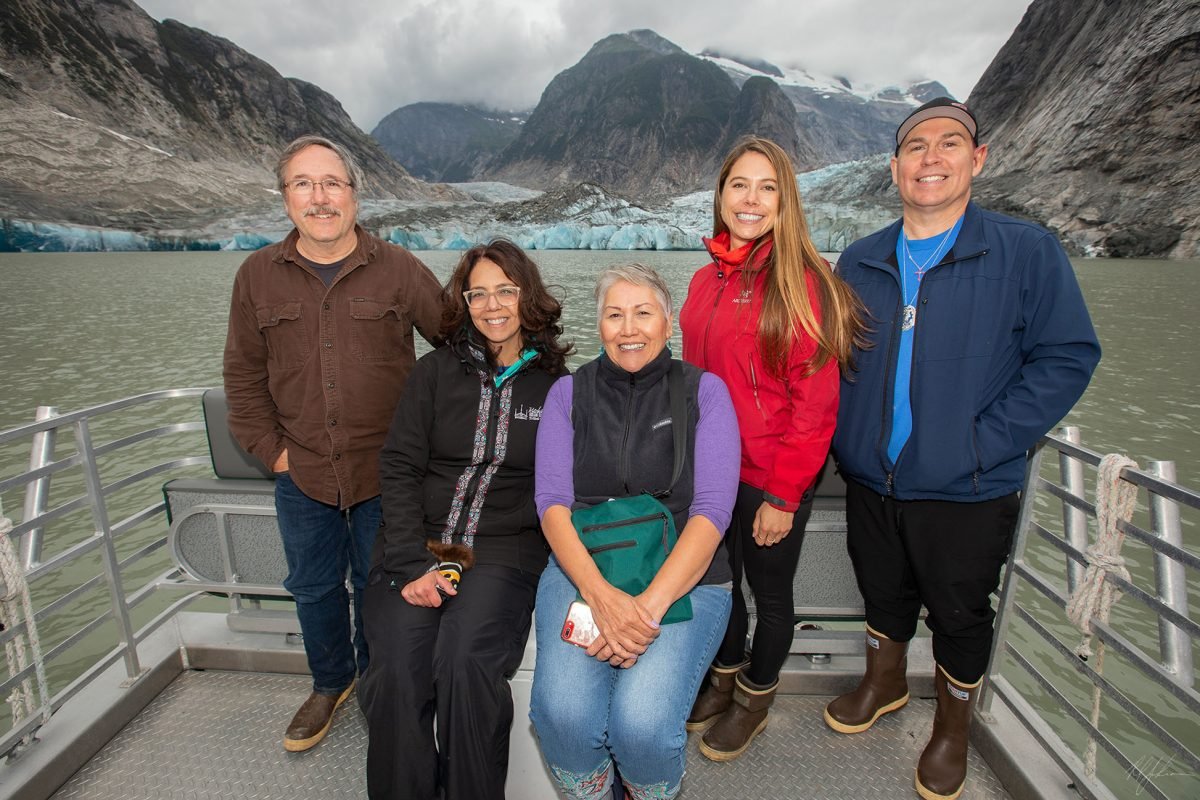 To make an impact at the government level, SEITC meets with officials in British Columbia and the U.S. to request Indigenous participation in mining conversations. They have filed petitions with the U.S. Department of Commerce and Interior, alleging violation of the Fishermen’s Protective Act and the Northern Hemisphere Convention—two structures designed to protect water, air, land, and human rights. Additionally, they’re petitioning the federal government to recognize the United Nations Proclamation on the Rights of Indigenous People.

In British Columbia, two mines are already open and at least nine more have completed environmental review, including one of the largest open pit mines in the world. Archibald says the government’s typical course of action is to bury SEITC in process and procedure.

But for the first time, he adds, the British Columbian government required documented consent from the Tahltan central government on the Canadian side to move forward on agreements with a mining company, which Archibald reviewed.

“We’re sitting here downstream going, we need those same considerations and guarantees,” he says. “We’re using that as our template for moving forward with BC.”

Many SEITC representatives live in isolated communities only accessible by air or boat. They rely on the clean water to nourish and provide the wild foods that sustain them throughout the year because store-bought foods are expensive and inaccessible. Traditional harvesting also helps them teach and perpetuate their cultural values. Without SEITC, many Tribes would not have the resources to speak up on this issue.

“Up until this point, BC has never sat down with a Southeast Tribe and asked, ‘How is this going to affect you?’” Archibald says. “They’re trying to make decisions void of that information.”

But Indigenous peoples’ can offer an invaluable model for protecting the environment, from the salmon and other wildlife to the trees to the communities that rely on the rivers, as they have done for thousands of years. To this day, Indigenous hunters and anglers have blessed the animals they’ve killed as a sign of respect. “The hunter says, ‘Thank you for providing me this valuable meat for my family,’” says Jamieson. That same respect extends to the land and the waters.

The successful relationship between the people and land is based on the idea that there is no separation between human beings and the rest of creation, Archibald says. Indigenous people refer to salmon as the Salmon People and trees as the Tree People. They are all related.

“We say that it is not the skill of the hunter, it is the willingness of the moose to give itself up,” he says. “If we do not act in a manner respectful to all creation, they will just say ‘no.’”

To learn more about the Southeast Alaska Indigenous Transboundary Commission and stay up to date with the latest news about their efforts, visit seitc.org. They also accept donations online or through the mail.

The Conservation Alliance’s Confluence Program awards multi-year grants to grassroots groups led by Asian, Black, Brown, Hispanic, Indigenous, Latin American, and additional communities who identify as People of Color. To learn more about The Conservation Alliance, visit their website, keep up with their news, or encourage your employer to join. You can also give them a follow on Instagram and LinkedIn, or donate to support their work. 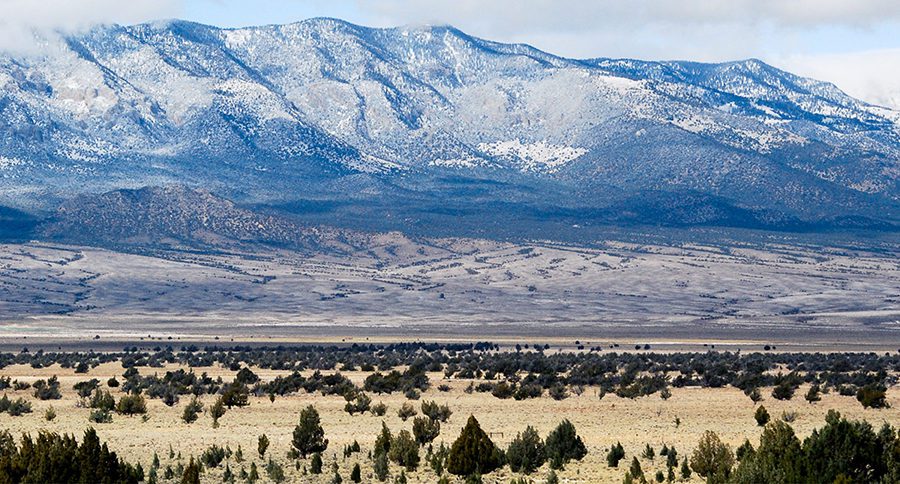 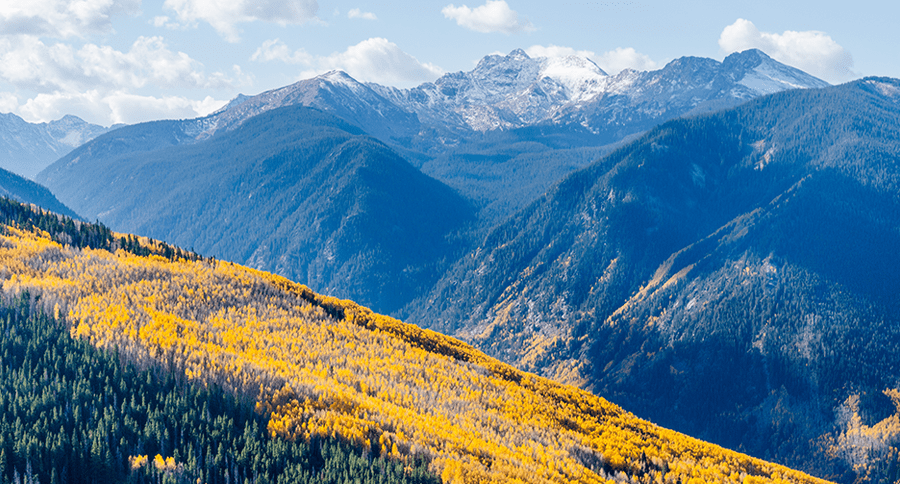