The Trump Administration is preparing to hold an oil lease sale for the Arctic National Wildlife Refuge – allowing oil companies the opportunity to bid on land to drill on the coastal plain. (Scroll to the bottom to take action.) I was given the opportunity to travel to the Refuge with Alaska Wilderness League, a longtime Conservation Alliance grantee, to see what is at stake.
Few people get the opportunity to experience the Arctic National Wildlife Refuge. Its remoteness is challenging and expensive to navigate. I acknowledge this privilege and feel intense gratitude for this opportunity. I hope sharing a short snippet of my experience can take someone there, if only for a second.

I knew this trip would challenge my existing definition of wild. I had read, said, and written all of the impressive stats before: “nearly 20 million acres of 9,000 foot peaks squishing over each other and flattening across the 1.5 million acre coastal plain, the second largest wilderness area in the country, critical habitat for hundreds of migrating bird species, home to the once-endangered musk oxen, hundreds of thousands of caribou”, etcetera, etcetera. Still, I wasn’t prepared for how complex, significant and stunningly beautiful this place is.

With Dirk piloting Jean, a ’56 Havilland Beaver bush plane, I watched the first half of our group ascend above the coastal plain of the Arctic National Wildlife Refuge and clear the first folds of the Brooks Range. Dirk would not be back to retrieve the remaining three of us for a few hours, so I took off for a solo hike. I hiked through thousands of wildflowers: Lupine, Arctic Poppy, Phlox, Wild Sweet Pea and more, to the top of a grassy knoll sitting high enough to see 20 miles to the Arctic Ocean. It felt liberating to walk across a wild landscape without a trail, but the going was slow as I tried to avoid as many beautiful blooms as possible. With the 4,000 foot Sadlerochit Mountains to my back I laid down in a field of Tussock Cottongrass and closed my eyes, a slight breeze kept the mosquitos tame. I must have heard a dozen unique birdsongs in ten minutes.

I sat up and scanned the coastal plain for wildlife. I knew these magical lands were full of them. In the previous two days we had seen half a dozen caribou prancing across the expanse, and remnants of a dozen more in the form of gigantic antler sheds scattered throughout the tussock. We had a couple of wolves join us for dinner our first evening as Cyn was making chicken potato soup. The younger looking of the two came within 75 feet of us, bowed its two front paws, and rubbed his face in the earth as if to indicate he wanted to play. He then marked his territory less than five feet from my tent. Relentless rain the day before our arrival created perfect conditions to spot tracks in riverbeds, so we followed griz, moose, sheep, caribou, and wolf tracks up the Kataturuk river valley. There were thousands of animals sharing their home with me at that moment. What a place to live.

We call this place the Coastal Plain of the Arctic National Wildlife Refuge. The Gwich’in – the people who were there thousands of years before us – call these lands “Iizhik Gwats’an Gwandaii Goodlit,” or “the sacred place where life begins”. The Gwich’in are Caribou people. Once nomadic people following the caribou’s migration path, the Gwich’in now live in 15 villages across Alaska and Canada. Forty thousand caribou are birthed and nursed on the Coastal Plain of the Arctic National Wildlife Refuge each year, making it the most important stop along animal’s migration path. The Gwich’in rely on the caribou for their subsistence way of life and have vowed to protect these sacred lands, forever.

We ended our trip with a day in Arctic Village – one of the 15 Gwich’in villages. Sarah James, a Gwich’in Elder, picked us up in her quad and sped through the 200-person village where we were greeted with a generous lunch of moose and fry bread. Sarah proudly showed off her village, introduced us to her family and her community, and told us of the history of her Nation. She passed no warranted judgement as she spoke for hours to a small group of people whose ancestors had displaced her own. Instead, she offered appreciation and gratitude that we cared about protecting a place of such importance to her people. With her words and kind eyes, she taught us a lesson in perspective and perseverance.

Restoring protections for the Arctic National Wildlife Refuge is important to a majority of Americans. We want to take solace in the fact that there exists at least one significant place where we didn’t let greed destroy the wild. Where wildlife roams free and man is but a visitor. It is about much more to the Gwich’in. To the Gwich’in, protecting the Coastal Plain of the Arctic National Wildlife Refuge means protecting a way of life. Restoring protections for the Coastal Plain is a human rights issue for the Gwich’in, and one we cannot shy from.

As I boarded the small plane from Arctic Village back to Fairbanks, I realized that in 72 hours I was changed. I will always feel gratitude for the opportunity to experience the Refuge, for the way it redefined my understanding of wild, and for numerous lessons of perseverance and perspective taught by Sarah.

It is up to all of us to protect the Arctic National Wildlife. It is the right thing to do, for so many reasons. 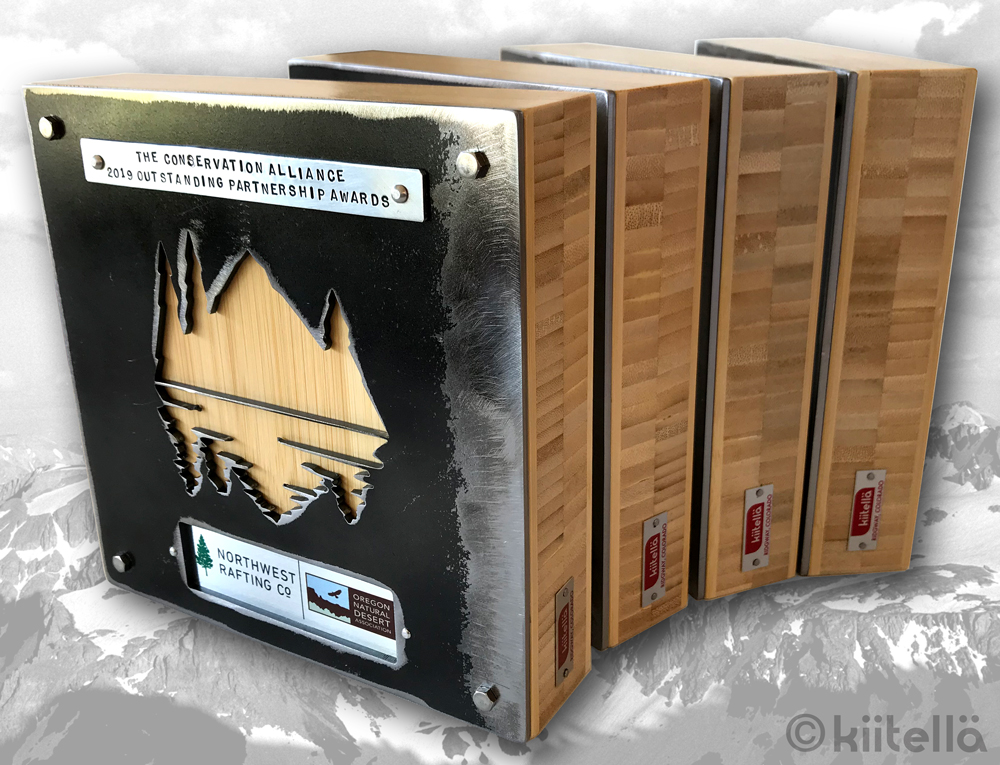